#BookReview – A CORPSE AT THE CASTLE by R.B. Marshall

Lock down update: the veg garden is nearly there! 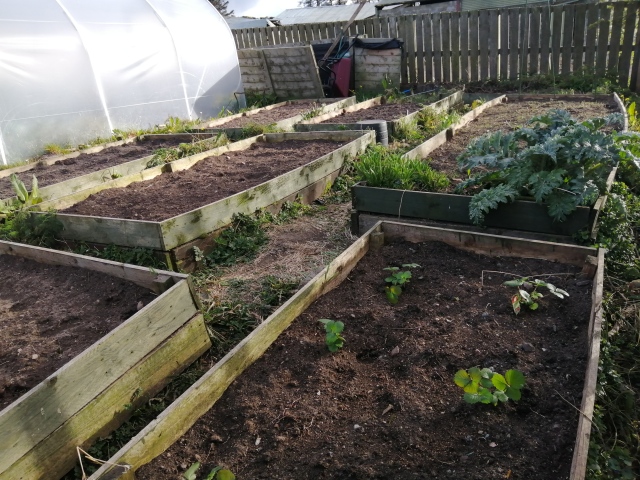 Next, onward with the polytunnel and indoor planting – growing in seed trays we have lettuce and sweetcorn, with tomatoes already planted, and when that’s done we have to tackle the soft fruit beds – probably the biggest challenge as we will have to work around the plants already there.

However, we don’t expect to be buying much veg once this lot crops!

And now it’s onward to today’s book review, and this time I have for you a fun cozy mystery set in, guess where? Scotland! 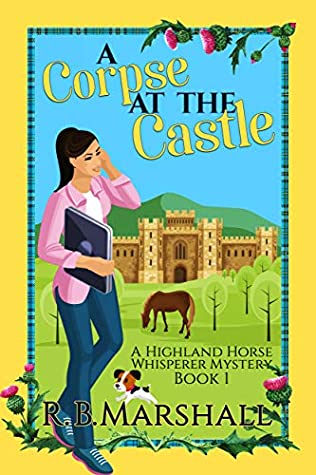 A Corpse at the Castle by R.B. Marshall
My rating: 5 of 5 stars

Izzy Paterson has just made the move from London and her IT work to the Highlands of Scotland to pursue her dream of training horses. She’s barely settled into a routine when her new boss, the elderly and slightly vague Lady Letham, springs an unexpected job on her – take two mares to her friend Libby’s stud. At Balmoral. Oh, yes, that’s the queen’s Scottish residence.
Stud manager, Hamish, is rather brusque, but Izzy also meets one of his staff, Craig, who is far more friendly. When Hamish is found dead the following morning and both Izzy and Craig are questioned by the police, Izzy decides she should use the skills she developed back in London to try to identify the killer. The fact that police Sgt. Dean Lovel is hot and interested in her brings a whole other level of challenge to Izzy’s life as she tries to juggle two men, her new job, and a weird connection she seems to be developing with the stud stallion that the police believe killed Hamish.
Could the queen’s horse be the killer? Or did someone set him up?
This is a fun cozy mystery with fabulous settings, a cast of vivid characters, and a plot that confounds until the very end – a perfect light read.