Lock down update: the garden is coming along nicely, we’ve dug over 7 of the 10 raised beds and planted 6 of them.

The polytunnel still needs sorting out, but we’ve made a start – tomatoes are in the bit of bed that has been dug, and it’s a great place to germinate seedlings. 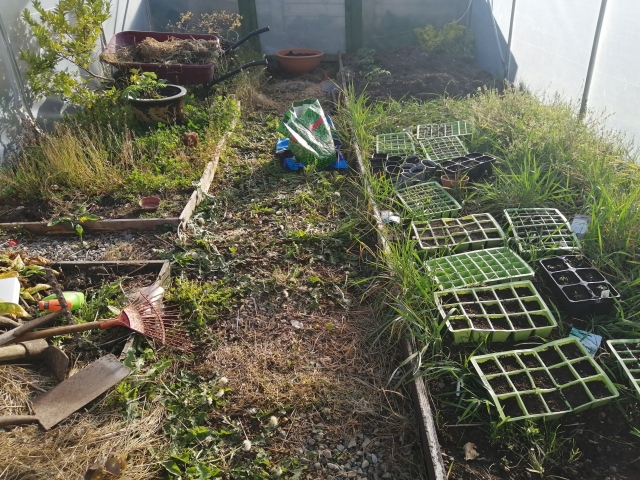 And the views from the house are still stunning: the weather is gloriously warm, and the snow is slowly receding on Ben Wyvis, but still clinging on. 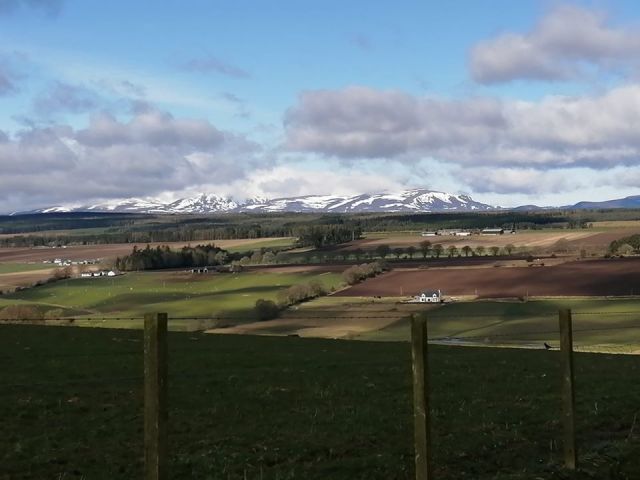 We are 60 miles north of the ski resort of Aviemore, which on Saturday recorded both the lowest and highest temperatures in the UK: minus 5 overnight, to plus 17 during the day, and I don’t think we were far off that – it certainly felt like it while digging!

And in the meantime, I’m still catching up on reviews. I’m finding a little more reading time at the moment, so plenty more of these in the pipeline. Today, it’s C.S. Boyack’s SERANG, a coming-of-age story of a very deserving secondary character from his pirate book, Voyage of the Lanternfish.

Serang’s life falls apart after her fisherman father dies at sea, and her mother, unable to support a child alone, leaves her at the local temple to be taken in and trained by the monks. The story follows Serang as she slowly begins to accept the massive change of direction her life has taken, and embrace the physical and mental challenges of her training. Then, a few years and a lot of lessons later, the outside world intrudes again, when the new emperor declares the monks no longer welcome in society, and backs this up by destroying the temples and having all the monks killed, forcing Serang down yet another path.
This is a slow burn novel plot-wise, but the monastic training (think Kung Fu, not Cadfael) is detailed and fascinating, bringing about a beautiful development of the eponymous character. She has her flaws and is often somewhat rebellious about accepting these, just like any teenager, but she possesses plenty of charm and a marvellous work-ethic, plus an interesting moral code that keeps evolving throughout the book.
The secondary characters are delightfully quirky, and the magic doesn’t take over the story but blends seamlessly into the world building, leaving you with a feeling that this is a familiar world, and yet not. It is also an easily visualised tale, with excellent fight scenes.
I have not read The Voyage of the Lanternfish, the novel in which Serang first appears, so I can assure you this book reads just fine as a standalone, and not only as a companion piece. Overall, if you are NOT looking for a rapid-fire action adventure, then I recommend this as a captivating coming-of-age story that held my attention the entire way through on the strength of the characterisation.