Orkney is pretty windswept, and has only small, stunted trees, so the vistas are open, and dominated by stunning coastlines and views of other islands. Remember, Orkney consists of around 70 islands (20 inhabited), so almost everywhere you go has views of other land masses.

Although we were there for ten days, there was so much to see on the Mainland (202 square miles, packed with historical sites), we took a ferry trip to only one other island.

A return visit is definitely on the agenda.

Towards the south of the Mainland is a high point with a parking area specifically for taking in the view.

Just down the road from here was a puzzling phenomenon: a good, old-fashioned telephone box. But who would use it out here, in the middle of nowhere???

As you drive around, you actually do cross over onto some smaller islands, connected to the mainland by causeways, known as the Churchill Barriers. Historically, we are now in WW2. The involvement of Orkney in this section of history was something about which I was totally ignorant, and I was stunned to discover how important Orkney was as a strategic gathering place for the British Navy in both World Wars.

In fact, Scapa Flow, the body of water sheltered by the islands of Mainland, Graemsay, Burray, South Ronaldsay and Hoy, has played an important role in travel, trade and conflict throughout the centuries – Vikings anchored their longships in Scapa Flow more than a thousand years ago.

From Wikipedia: “Scapa Flow has a shallow sandy bottom not deeper than 60 metres (200 ft) and most of it is about 30 m (100 ft) deep, and is one of the great natural harbours and anchorages of the world, with sufficient space to hold a number of navies. The harbour measures 324.5 square kilometres (125.3 sq mi) and just under 1 billion cubic metres of water. Since the scuttling of the German fleet after World War I, its wrecks and their marine habitats form an internationally acclaimed diving location.”

Back to the Churchill Barriers. 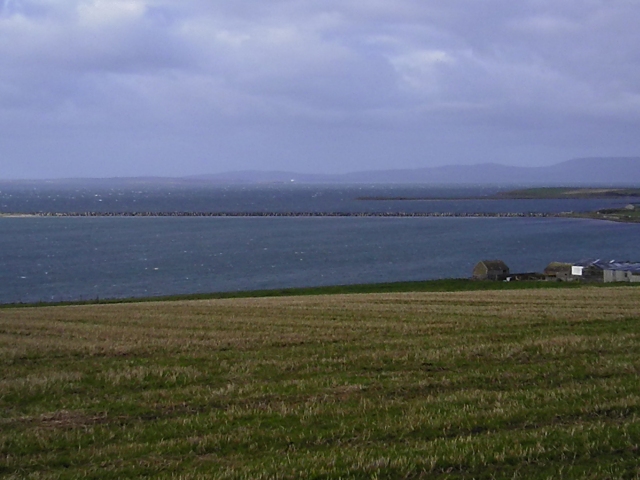 On 14 October 1939, a German U-boat sneaked into Scapa Flow and torpedoed and sunk the battleship HMS Royal Oak while she sat at anchor. Of the ship’s complement of 1,234 men and boys, 835 were killed that night or died later of their wounds. The Barriers were constructed after this awful event to prevent any vessels from being able to enter the harbour undetected again. Until then, they had relied on the large number of sunken vessels from WW1 as a deterrent. 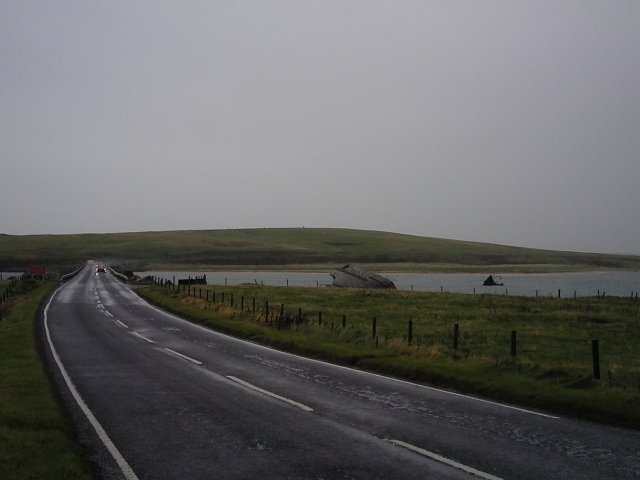 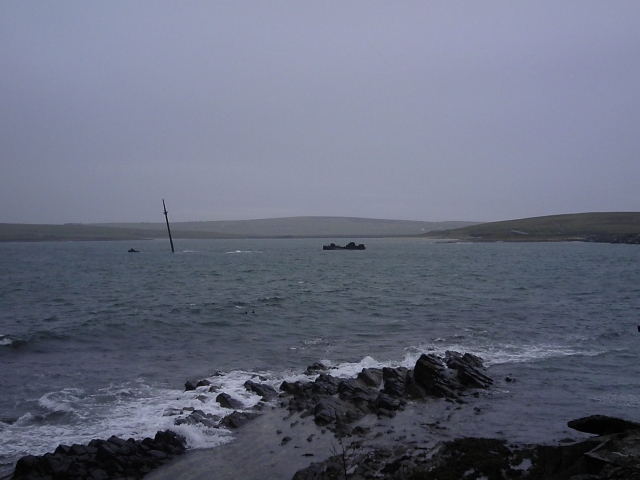 An amazing undertaking at the start of WW2, and, of course, much of the labour force were the prisoners of war I talked about in my post on the Italian Chapel.

Nowadays, the barriers make for excellent accessibility to some of the smaller islands, although it’s inadvisable to cross them when the sea is rough – the waves crash onto the road with extreme force – and being as this is north Scotland, there is plenty of weather to whip the waves up!

Of course, with weather, beauty is never far away

These views were all on the way south from the main town of Kirkwall, heading towards another fantastic Neolithic (and even older) site called the ‘Tomb of the Eagles’, which I will cover in my next Orkney blog post. In the meantime, I’d guess you are starting by now to see what I mean about the richly diverse history of this chain of islands.

← #BookReview THE LIGHT: WAKE-ROBIN RIDGE #4 by Marcia Meara #supernatural #murdermystery
10 Types of Readers you Meet During a Lockdown →