John O’Groats – North coast of #Scotland – as far as you can go? #Holiday

STILL mired in the events of this horrendously challenging year, I am once again resorting to sharing my travels with you instead of anything writing related. Fortunately, it seems you love reading about the wonders of Scotland!

In desperate need of some clear head space, I’d arranged to leave for Scotland the day after mum’s funeral, with Orkney as a final destination. I didn’t know all that much about Orkney before I began researching this trip, and discovered to my surprise that although a ferry (or an aircraft) is required to get there, Orkney isn’t actually that far off the north coast of Scotland – only 6 miles, and easily visible unless the weather is bad.

I’d booked a morning sailing, with a view to a full day of sightseeing upon arrival, so we stayed overnight in a B&B not far from the port. Arriving there in plenty of time, we took a little trip up to John O’Groats, which many people believe to be the furthest northerly point of the UK mainland.

In fact, it isn’t – that would be nearby Dunnet Head, (next lump of headland along).

John O’Groats gets it fame from being at one end of the farthest distance you can travel by road on the UK mainland – from Lands End in Cornwall, to John O’Groats in Caithness, Scotland. 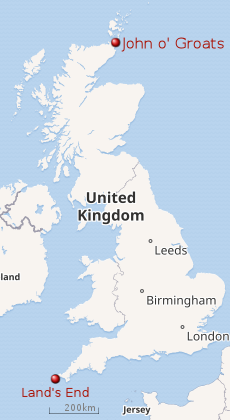 See that little collection of islands just off the coast above John O’Groats? That’s the islands of Orkney – all 70 of them!

But first, John O’Groats itself. 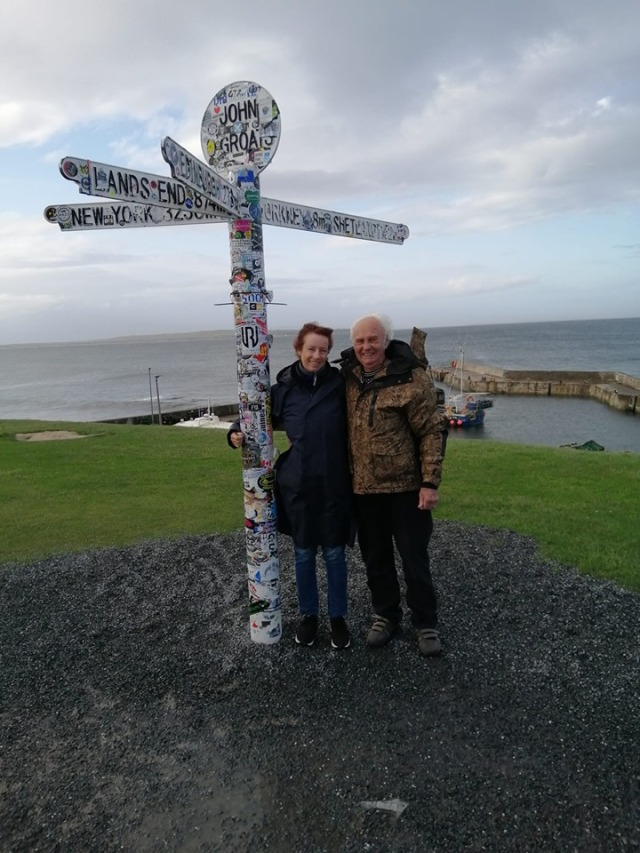 There isn’t actually very much there except, despite the rain (well this is Scotland), lots of tourists, and the shops to service them, most of which were now shut for the day. 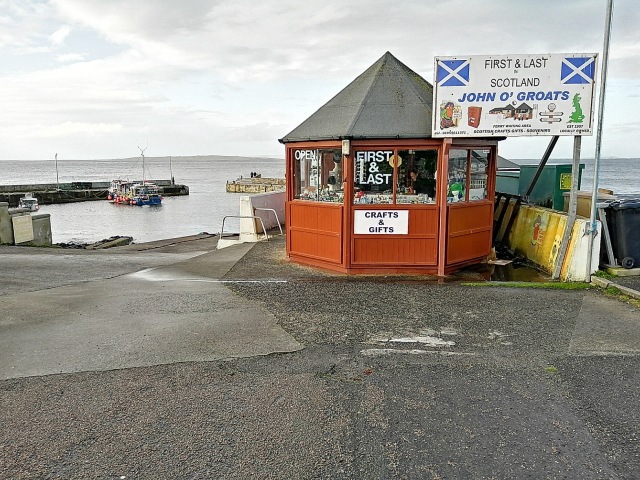 There were other people there, really! In fact, a group of cyclists arrived from the traditional Lands End route as we stood beneath the sign, but we gave them some space. They were very emotional, as so often is the case in many of these epic rides, it was a fund raiser in aid of a cancer charity, in memory of a loved one they had lost.

And so the scene was set for the following morning…

← How Do People Read Online?
Over the sea to #Orkney, #holiday →