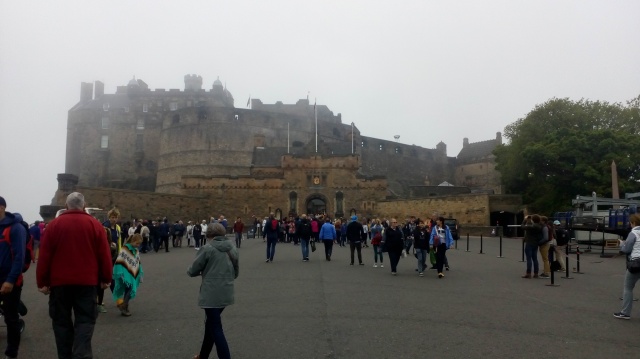 Edinburgh Castle – imposing, isn’t it? And once inside, you really get a sense of the large complex within the walls, not just the castle itself.

Once inside you really start to get a clear impression of the scope of the castle’s defences, in addition to its impressive location

There is, as must be common with such old buildings, a bit or renovation going on

Yet the oldest part is still in awesome condition. This includes St. Margaret’s Chapel, the oldest surviving building in Edinburgh, built in the 12th century. Like the castle itself, it was built onto the existing landscape. 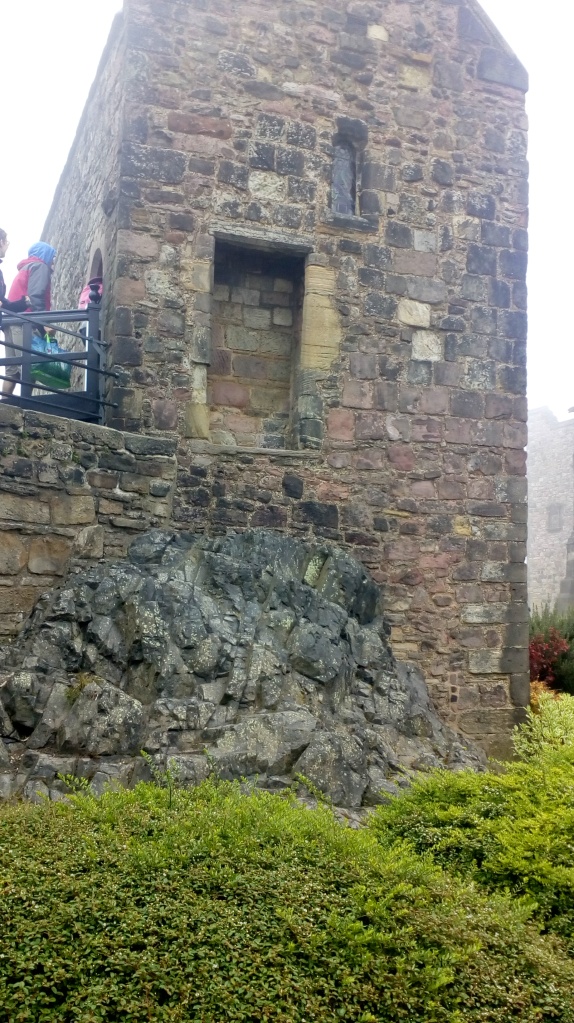 Inside, the chapel is beautiful in its simplicity 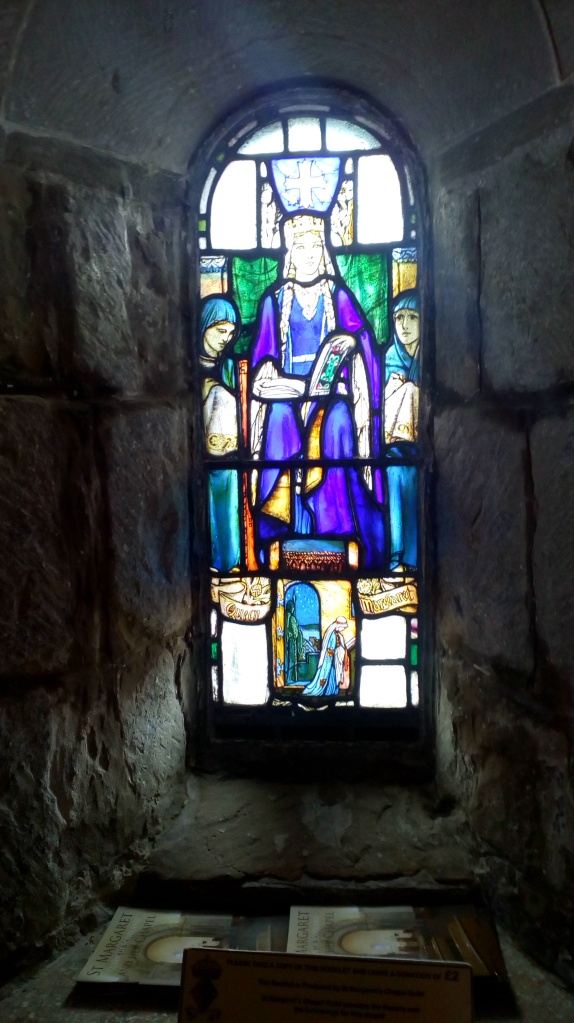 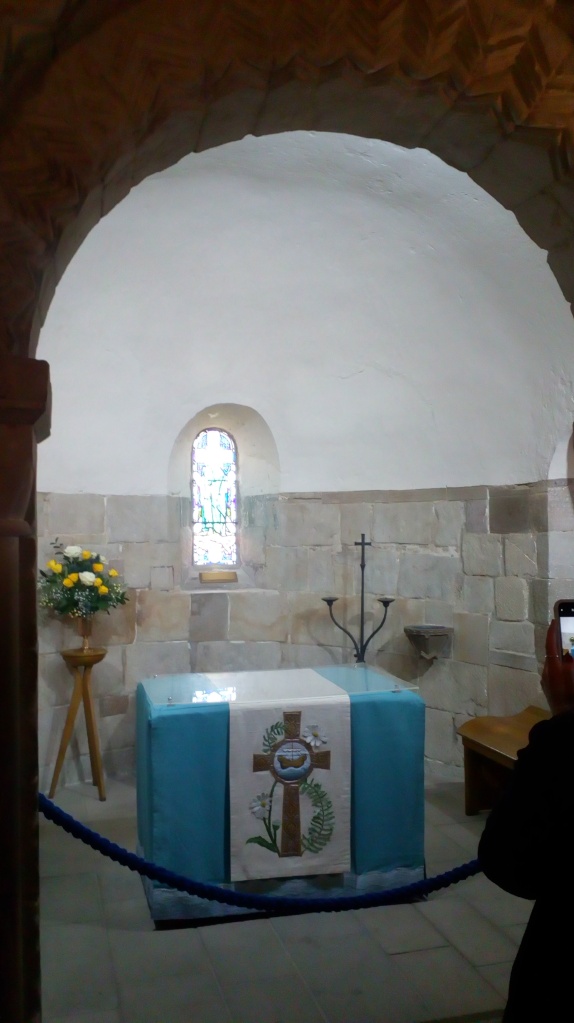 Outside, in contrast to the serenity within, sits one of the largest pieces of war machinery – MONS MEG, a medieval bombard (cannon) with a 20″ barrel! 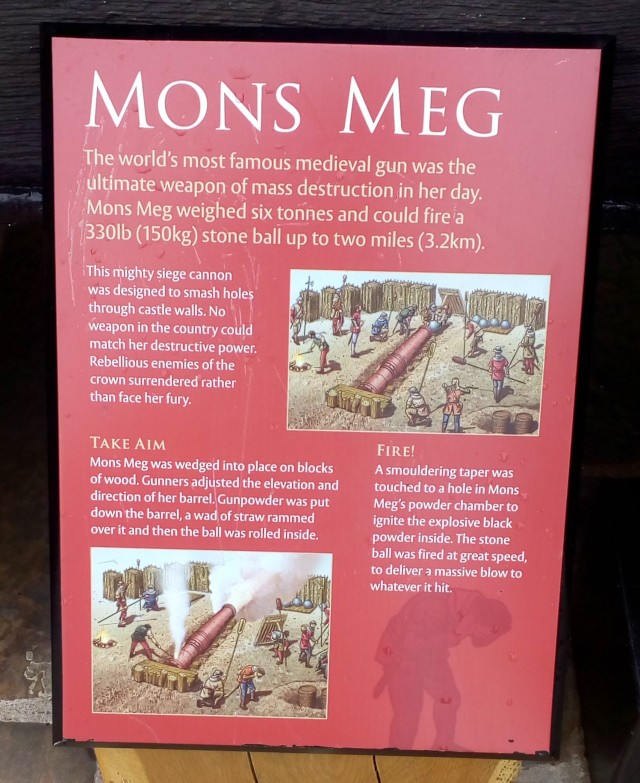 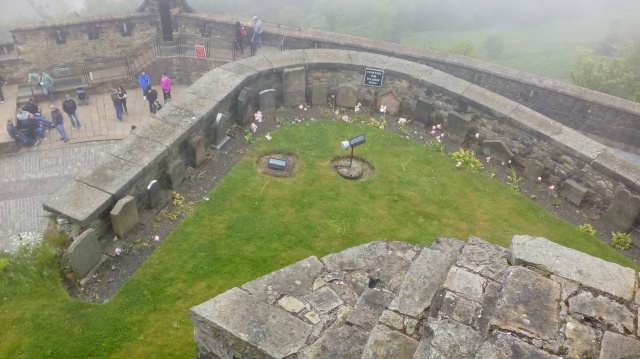 So, where to next?

The castle complex houses many things to see, from the extensive firepower… 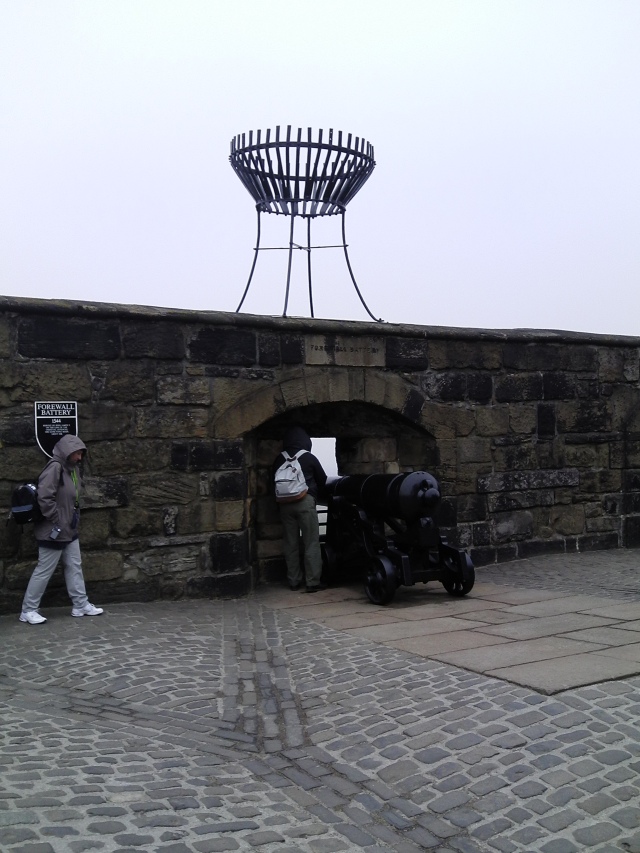 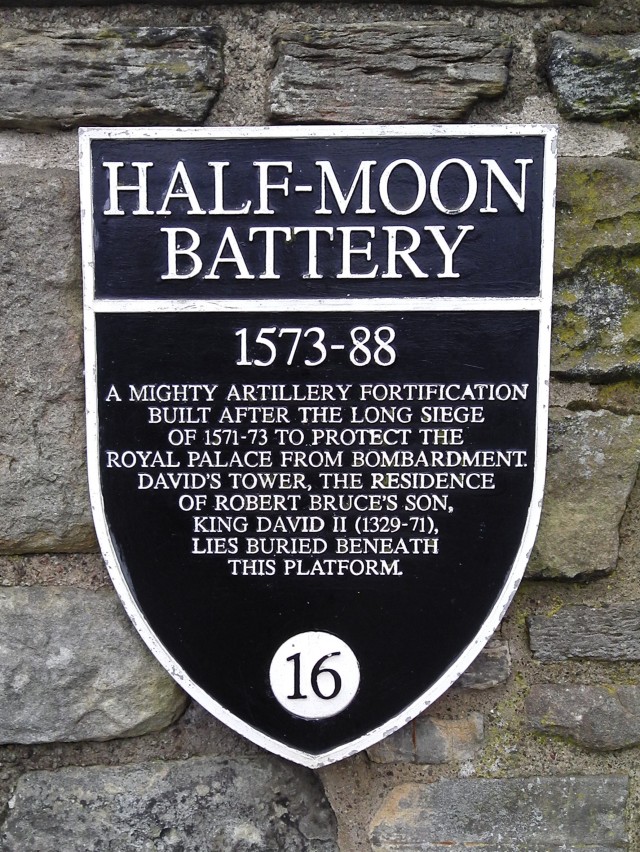 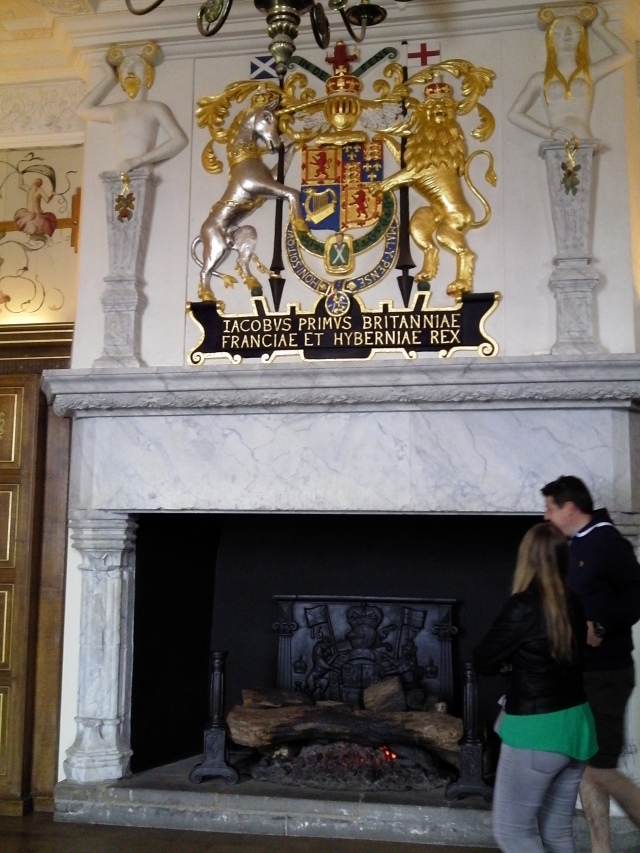 At least they offer signposts!

Several exhibitions are housed within the grounds, from a history of military warfare in Scotland

to some places where no photos are allowed, such as the huge memorial to centuries of war dead (beautiful and moving), the Stone of Destiny (“a powerful and ancient symbol of Scottish monarchy, witnessing the coronation of its kings for hundreds of years.”) and the Scottish Crown Jewels.

And of course, there are tea rooms and shops! I was particularly taken by the title of this book 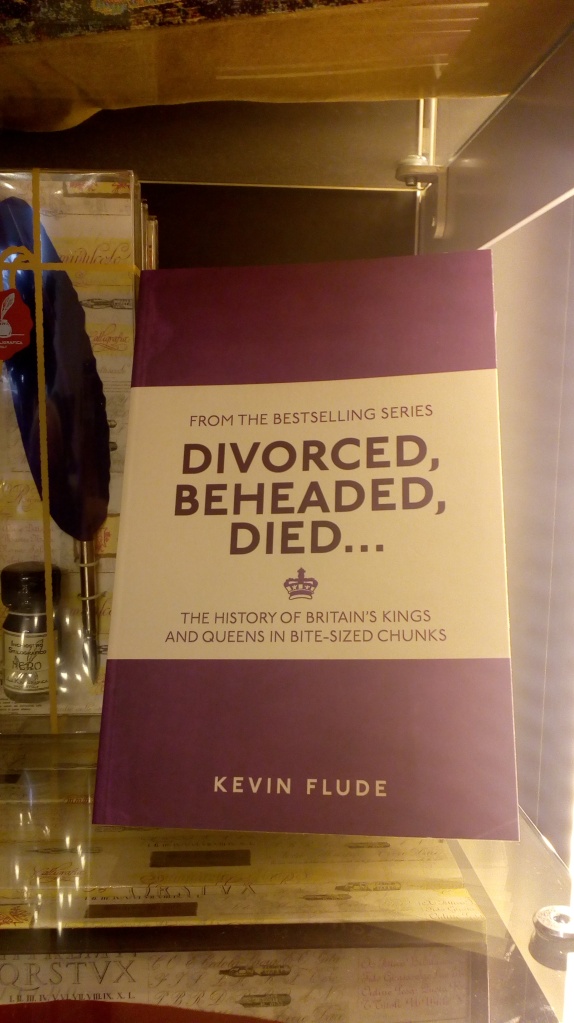 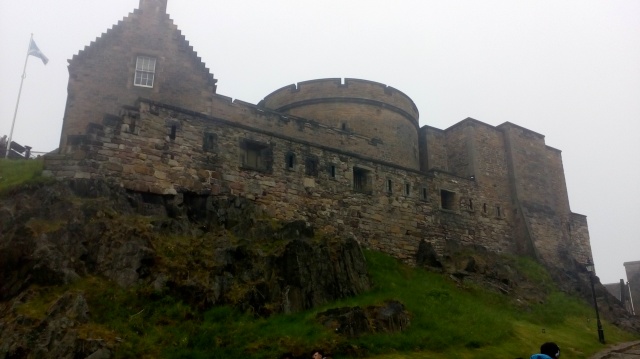 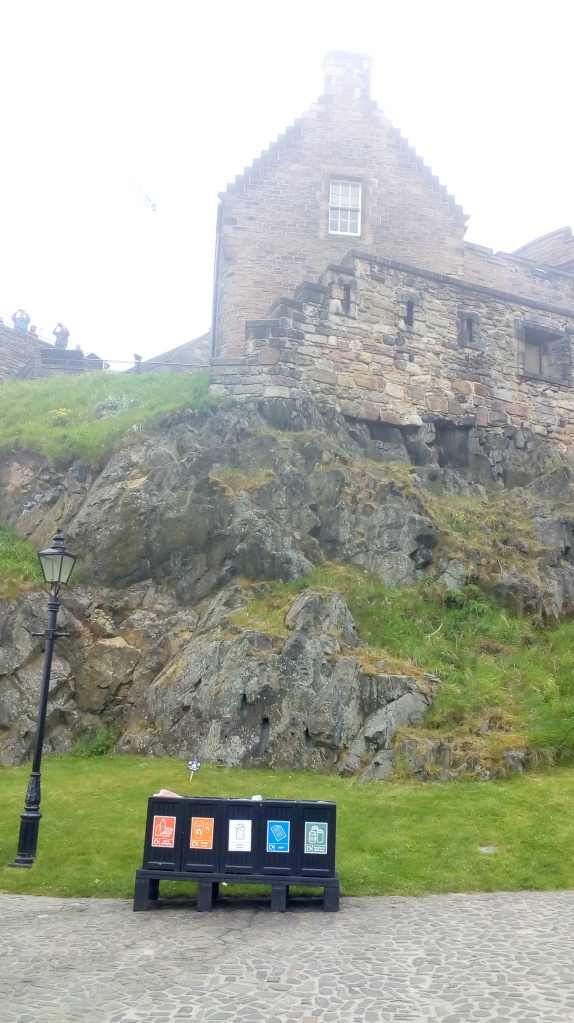 The stair is the short route to the top. Or down from it!

And then, of course, the mists rolled back in (yes, that’s Brian complaining!)

But despite being a mite chilly, it was an intriguing visit regardless.

I hope you enjoyed it too?