When I was trying to figure out what to share first about the lessons I learned at the 20Books conference, I decided the best thing would be to talk about the one thing I didn’t take notes on before I forget!

I didn’t take notes because this is never going to be me (I think), but it is certainly interesting and a couple of points do cross over.

The session was billed as ‘Worldbuilding’, and in the very broad sense, that was the topic, just not the way we usually think about it.

Even if we are writing contemporary novels, we still have some world building to do – locations, character’s backgrounds, general scene setting – and in fantasy or SF, a whole heap more, like whole worlds to create!

This session, however, was about building universes for SHARED WORLDS, and how you manage them.

If you haven’t come across the idea of shared worlds before, they exist already in Amazon Kindle, where you can write your own novels in an already existing world. What Michael Anderle has done is to create 2 entire universes, taking in vast time spans, and opened them up to authors who want to create their own novels within his framework. Each universe has a ‘bible’ laying down the character types and background details, and authors must put in a proposal and be accepted, but once in, they have the guarantee of a ready-made audience just waiting to gobble down the newest books set in a universe they are familiar with. The author gets 50% of the royalties, but its a fantastic opportunity to kick start a career by getting your name out there, and with the audience sizes these worlds have, even 50% is no mean income.

So Michael has now become a publisher. He’s still writing his own books (boy, does that guy work hard – 8-12 hour days solid writing, he puts out one book a month himself!), but with these other authors contributing, his current publishing schedule is 15 books a month! And that’s set to increase.

They talked about the concept of ‘whale readers’, those wonderful, avid readers who can’t get enough of books, who will read everything put out in a series (or universe), and will often re-read ALL the previous books before opening the new one. They just can’t get enough, and Michael, for one, has tapped into this ravenous consumer of novels. 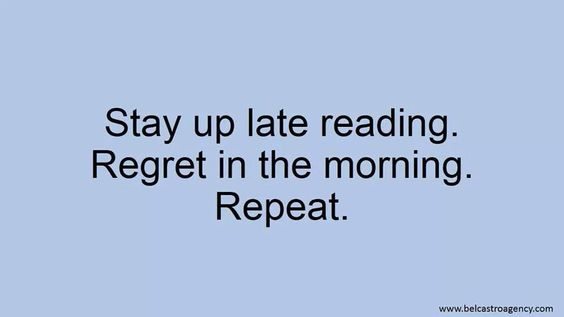 Clearly you can make a huge amount of money this way, but the wonderful thing about Michael & co., is that they want to put back into the community, and support new authors without trying to force them into a mould. Although the template described above is one that’s working in spades, the thrust of the message was, ‘there is no one single way, everybody must find what works for them’.

Music to my ears, and a pretty strange coincidence that I wrote this guest post, on exactly that topic, only the week before. (Yes, I am psychic 😉 )

Once again, this conference backed up my experience that the indie publishing world is full of wonderful, mutually supportive people, and they are the ones you should surround yourself with and listen to, and give back to as and when you can.

The one unexpected thing I learned in this session that does apply outside Michael’s worlds, is his advice on breaking one of the cardinal rules of writing, and his reason for doing so (we all know rules are made to be broken, right?)

That rule is: ‘every scene in your book must either move the plot forward, or develop character. If it doesn’t, delete it.’

Michael has another take on this, with a good example from his own work: the above rule doesn’t matter provided you elicit emotion in your reader.

He has a recurring character, a sidekick, (a troll), who is there for comic relief. This troll has whole scenes within books that do absolutely nothing to move plot or develop character, but they make the reader laugh, and the audience love him!

This was one of Michael’s earliest ‘light bulb moments’, and one he loves to share – if you can make your reader feel emotion, you’ve snagged them!

I will bear this one in mind…

Thoughts on breaking this specific rule? Examples you’ve come across, or written yourself? Do share, I’m intrigued to know who else does this.