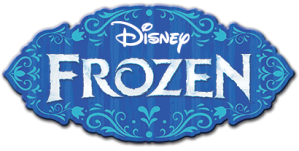 Okay, okay, so its a kid’s film. But aren’t many of those the most magical?

As I don’t have kids, I’ve never watched this super-popular film before, but it was on TV over Christmas, and I thought, “why not? Let’s see what gets all these kids so excited.” So I recorded it and last night, with the satisfaction of having completed my end of year accounts (post coming up on that later), I decided it was time to indulge in some pure entertainment.

And I’m so pleased I did! What a delightful treat of a film – magic, music, monsters and true love, along with gorgeous imagery. I can totally see why kids (and adults) love it.

I admit I do struggle to understand why every little girl seems obsessed with being Elsa, and I’m hoping maybe some of you with kids and grandkids can enlighten me. Yes, she’s the queen, she’s beautiful, and she has awesome powers, but she spends most of the film scared, depressed and shutting herself away from everyone – not the sort of role model I’d expect little girls to identify with. I’d have expected them all to want to be Anna – feisty, daring, loyal and proactive – characteristics to inspire and aspire to.

Or are too many of our children easily able to relate to such feelings of isolation? Now there’s a scary thought.

In researching this piece, I came across a beautifully written blog post entitled: ‘Why Disney’s “Frozen” is The Best Description of Depression I’ve Ever Seen‘, take a look – it is a truly insightful piece by someone with first hand experience of depression.

Wrapping up this mini review, I’m going to say how much I enjoyed almost everything about the film. I found Olaf the goofy snowman just a teensy bit annoying, though my emotions were thoroughly manipulated by the screenwriters until I felt anxious when he lit the fire for Anna, and dreaded thought of what summer would do to him – kudos to those writers.

I had my suspicions about the too-perfect Prince Hans, and was just that little disappointed when they turned out to be right. 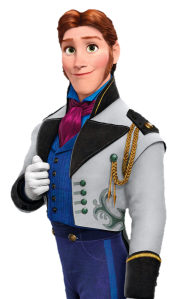 But my favourite character? Sven the reindeer – no contest!

Funny, loyal, strong and perceptive, what a guy!

Now what does that say about me, that my favourite character is an animal….?