For all my new followers, and those who haven’t yet taken the plunge, don’t miss this bargain price for my award winning fantasy novel, THE PRINCE’S MAN.

This book is such a good seller I’m only reducing the price short term in celebration of the imminent release of Book 2 in the series. This is a 3 day Bank Holiday weekend in the UK, and from Tuesday the price will go back up again – so what are you waiting for? 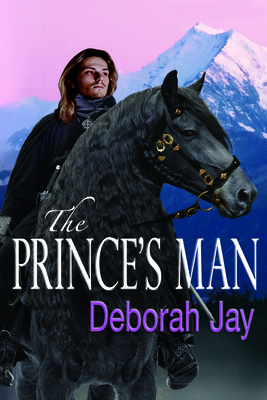 A sweeping tale of spies and deadly politics, inter-species mistrust and magic phobia,

with an underlying thread of romance.

Rustam Chalice, dance tutor, gigolo and spy, loves his life, so when the kingdom he serves is threatened from within, he leaps into action. Only trouble is, the spy master teams him up with an untouchable, beautiful aristocratic assassin who despises him.

Plunged into a desperate journey over the mountains, the mismatched pair struggle to survive deadly wildlife, the machinations of a spiteful god – and each other.

They must also keep alive a sickly elf they need as a political pawn. But when the elf reveals that Rustam has magic of his own, he is forced to question his identity, his sanity and worst, his loyalty to his prince.

For in Tyr-en, all magic users are put to death.

“Remove your hand, Chalice,” Risada hissed, “unless you want to lose it.”

Rustam released her, and lay back with a sigh. “Don’t you ever get tired of making threats? Or is it the only form of conversation you know?”

“It seems to be the only sort you respect. And I hardly think the kind you’re used to is appropriate outside the bedchamber.”

She stood up and flounced over to her horse, began digging through a saddle bag. Rustam reconsidered—flounced was not really the correct verb. It would be hard for anyone to flounce wearing those figure hugging breeches and bulky jerkin, but that was how she moved and it made for interesting watching, particularly from his supine viewpoint.

Goddess, he thought in frustration, what a gorgeous woman. Why must she be so obnoxious?

A pair of thin legs walked past his face and Rustam glanced up, startled, his wrist knife slipping instinctively into his fingers.

“Don’t do that!” he snapped at Elwaes.

“Creep up on people like that. You can get killed that way.” He slid the dagger back into its sheath.

“Apologies, friend Rustam. I had no intention of creeping and, I might suggest, your thoughts were elsewhere at the time.”

“What’s that?” he asked suspiciously, eyeing the greenish mess in Elwaes’s hand. The elf smiled.

At that moment, Risada returned with a length of cloth. She raised her eyebrows as Elwaes proceeded to slather the gooey moss onto Rustam’s wounds, but wordlessly handed him the cloth which he bound tightly around the whole mess. Rustam stood up and tentatively put some weight on the injured leg. It did feel a touch better, cooler at least. He hobbled over to Nightstalker and began rummaging through his saddle bags for a new pair of breeches.

“Can we ride on now?” Risada asked with a touch of impatience as he fastened his belt.

“Lead on, your Ladyship.”

For the remainder of the day they followed the stream along the plateau, keeping a wary eye out for further ambushes. The towering peaks to either side drew a little closer, but still there was no end to the broken ground staggering endlessly away in front of them. Mosses and short tufts of coarse grass were the only vegetation and they saw no signs of either animals or trolls, other than the occasional pony sized hoof print in the softer soil of the stream bank. As night fell, Risada reluctantly agreed to make camp where they were, rather than fumble on in the dark and risk falling into a crevasse.

“I don’t think we should risk a fire,” she said. “If they’re following us it’ll act as a beacon.”

“I agree,” said Rustam, unsaddling Nightstalker. “How about that?” he muttered to Elwaes who was removing the mare’s bridle. “We actually agreed on something.”

“Don’t expect it to last,” snapped Risada from behind her grey, and then added, “I have very sharp hearing, Chalice.”

“Matches your tongue then, doesn’t it?” he murmured beneath his breath.

This time she didn’t hear.

You can find THE PRINCE’S MAN at: