Do you think your #writing isn’t good enough? Dealing with your fears (Part 1)

I just finished reading an issue of the UK writer’s magazine, Mslexia, a publication for women by women, in which a poll revealed that the vast majority of women writers do not submit work for publication due to fear – fear of rejection, or fear that their work is not good enough. 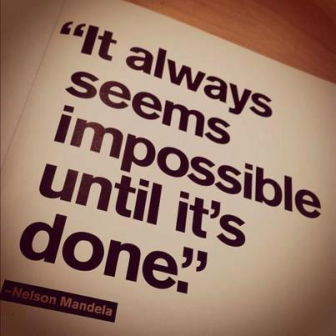 Now I don’t know what the same poll would have thrown up about men, but I’m betting this is pretty universal to all writers.

As a result, I reckoned it was about time to write another motivational post, once again drawing on my day job. I think there is a lot writers can learn from Sports Psychology, which is about performance, and hey, writers have to perform miracles, don’t they? Or at least get them down on the page.

Do you have negative thoughts about your writing?

And so on and so forth. We’ve all had such worries, I’m sure, and I’m betting most of us still do – writers (and probably artists of all types) tend to have that doubting character.

In many respects that’s a good thing, because it encourages us to keep developing our skills, to keep learning, to keep getting better.

But what if these fears are paralysing you?

What your subconscious believes at the deepest level is what you will cause to happen, thus negative beliefs will be self-fulfilling – you don’t believe you can finish writing a book, so your mind will make you fail, proving to yourself that you were right all along. The only way to turn this around is to change your thought patterns at the belief level – a very deep level inside your subconscious, not under your conscious control.

The first step to turning your fears around and making them work for you, is to recognise that you have them. Once you’ve admitted them to yourself instead of burying them in your subconscious (where they worm around, creating holes in your confidence and actually making your worst fears come true), you can turn them on their heads by using POSITIVE FRAMING.

Instead of saying: “I’m not good enough,” instead say: “I may not be good enough yet, but I’m getting better every day.”

Instead of: “I don’t have the technical writing skills,” say instead: “I may not have all the skills I need yet, but I’m working on it.”

It is VERY important to VOCALISE these affirmations – this causes the subconscious to listen, and to change those deep held negative beliefs. This might sound like some wooly-headed alternative mumbo jumbo, but it is proven psychology – so don’t be self-conscious about it, go on, get vocal.

Talking to yourself is not just for crazy people 😉

I’m sure you’ve heard this phrase, again usually connected with sport, and with the Olympics soon to be with us again (where did those last 4 years go?), I’m sure it will be high in everyone’s awareness again.

In sport, PMA makes the difference between winning and losing. In writing, it does pretty much the same, even if the end result isn’t a medal, but a book contract, a published article, or a well-received self-pub book.

Positive Framing is just one part of the process – stay tuned for further blog posts about the subject – there are lots more things you can do to help yourself along the way, and find that PMA for yourself.

Now get started on those positive affirmations…

See Part 2 of this series here and Part 3 here