Childhood sweethearts, Michael and Erica, thought they would have the prefect life together—the career, the house, the kids, the grandkids, the dying old holding each other’s hands. What they hadn’t planned for was for a car accident to take Michael’s life and leave Erica to face her future alone.
However, after discovering that Michael’s spirit has the ability to occasionally interact with the human world, they begin to wonder if they can’t make his presence on Earth permanent.
Although, with so many years gone by, can they reignite the flame that had fueled their teenage romance and more importantly can they live with the sacrifices they must make in order get back the future they lost? 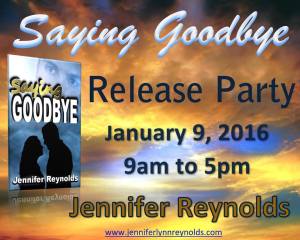 “Do we really have to go to this stupid party?” Erica asked loud enough for her boyfriend, Michael, to hear on the other side of the door. She was unable to keep the whine out of her voice. 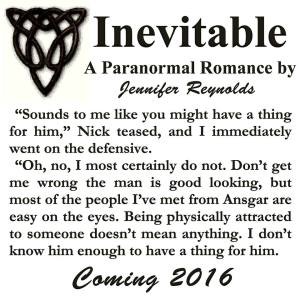 Jennifer’s full name is Jennifer Lynn Powell Reynolds, and she is a thirty-four year old native of North Alabama. She is newly married. She and her husband, Russell Reynolds, tied the knot on Friday, September 13, 2013.
Jennifer has a Master of Fine Arts degree from National University and a Bachelor of Arts degree from the University of North Alabama.
Writing has always been a large part of her life. In high school, her local newspaper published a large number of her poems, and she won numerous poetry and short stories awards. Since high school, she has worked on a number of different projects, but her focus has mainly been on acquiring her degrees.
She finished the first draft of her first novel, a post-apocalyptic piece titled Alone, around the time she graduated with her B.A. Since then, she has written numerous other novels, short stories, and poems.
Aside from spending her days immersed in the fictional worlds she creates, she works part time at Stained Glass Artistry and as a freelance developmental editor, copy editor, production coordinator, and eBook coordinator for a number of publishing companies.