Is an indie author’s work ever done? #IndiePublishing #writing

Bit of a silly question, really. Even discounting the continual marketing, we all know the answer.

And I’ve just had it rammed home, yet again 😦 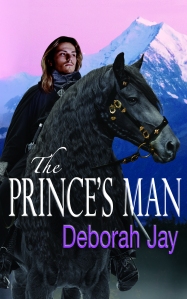 And not a mention of a single editing error.

Wonderful, you might say. Job done, you might think. But wait, what’s this? Someone has just pointed out that the book is left justified, not fully justified, and she’s another author who wanted to let me know because she had a 1* review of one of her books as a result of that single criticism.

Utterly mystified, I checked my own copy on my laptop, on my kindle fire, and the paperback. All fully justified.

What reader was she using? A computer app, just as I do on my laptop.

So why is her version not fully justified?

Next thought – check the ‘look inside’ facility on Amazon – yikes! And there it is – left justified.

So I’ve just spent 3 hours fully justifying the original document, re-formatting, checking every page and then re-uploading to all the outlets.

Have to say, I also spent a while standardising the number of asterisks I used in page breaks after noticing how alarmingly random they were!

So am I finished with this book now? I hope so, but who knows…

And now I have to find time to do the same to DESPRITE MEASURES. At least I’ll  not make this mistake again with the next one.

I actually did all this (and wrote this post) last weekend, but then after the corrected file went live, I re-checked the ‘look inside’ feature, and it was still left justified.

I thought about putting out a general plea for help, and then decided the easiest course of action would be to ask KDP (Kindle Direct Publishing) directly. Their help desk is truly wonderful, and within a few hours I had an email back, asking for a few items (screenshot of the ‘look inside’ feature, and the original document used to create the mobi file). I couldn’t get to my desk until the following day (work does so get in the way, doesn’t it?) at which time I set about taking the screenshot of the offending ‘look inside’ file.

Lo and behold, now it was fully justified. Success!

So I duly emailed the help desk back to say thank you very much, but no further help needed, and received in return a little note to say how they liked to hear from their publishers, and for my future information, the ‘look inside’ feature can take up to 7 days to update.

Boy, I wish I’d known that one sooner, but hey, it’s all done and dusted now, and as I’ve already said – it won’t happen again.

I’m nearing the climax of THE PRINCE’S SON (The Five Kingdoms #2), and once more, a minor character has shouldered her way to the forefront and demanded a bigger role. Sigh.

Amazing how one little comment from a member of my Writer’s Group can cause such mayhem (well, that is my blog title, isn’t it?). In a recent interview I answered the interesting question: what would you do differently if you were to start your writing career over?  My answer was, that I wouldn’t ever again name characters starting with the same letter. My deities are named Chel and Charin, and then there is a secondary character called Chayla. My Group member said she had trouble keeping the three of them separate in her head, despite being a huge fan of the books.

Guess who my latest star character is? Chayla, naturally. And that comment was what got me thinking. As it turns out, Chayla is named for the gods, hence the similarity. And that revelation puts her right in the thick of the action…

Now I have to spend time fleshing out her backstory file, and as of this week the part she will play in the grand finale of the series has revealed itself to me. I just have to write all the stuff in between…

How about you? Any little publishing stories like mine? Or golden nuggets of info to help keep the stress levels down?