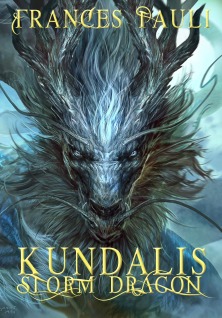 Blurb:Karin knows she’s gone completely insane—nuts—absolutely batshit crazy, when she spots an insidious blue dragon twining through the trees at a rest stop in the Cascade Mountains. Despite agreeing to join her roommate at a psychic fair, she’s never believed in anything metaphysical. She’s pretty sure the Reiki treatment she succumbed to has brought on a frighteningly realistic hallucination—until they roll their mini-van in the middle of I-90, and she is rescued from the vehicle by the same monstrous blue figment of her imagination.

She awakens to find that she’s been delivered to a cabin high in the mountains instead of to a proper hospital. The “doctor” looking out for her is more of a new-ager than a physician, and the people who own the house, including the urban highlander version of Fabio, don’t have any intention of letting her leave.

Faced with the unimaginable, and strapped to an all-too-real dragon, Karin must decide how to tame the beast or risk losing herself to it forever

Frances Pauli was born and raised in Washington State. She grew up with a love of reading and storytelling, and was introduced to Science Fiction and Fantasy at an early age through the books kept and read by her father.Though she always held aspirations to be a writer, she chose to obtain her Bachelor’s degree in visual arts. The stories, however, had other plans for her. By the time she entered her thirties, they were no longer content existing solely in her head. Compelled to free them, she set aside her easel and began to write in earnest.Her original love of Speculative fiction led her into the realms of Urban Fantasy and either romantic or humorous Science Fiction, where she finds herself quite comfortable. Her tales feature fairies, aliens, alternate dimensions, and the wonders of space, usually with at least a touch of romance.

Frances currently resides smack in the center of Washington with her husband and two children. When not writing she dabbles in insane things like puppetry, belly dance and playing the ukulele. She collects rocks, and is a firm believer in good wine, fine chocolate and dangerous men.More information on Frances and her writing can be found at http://www.francespauli.com 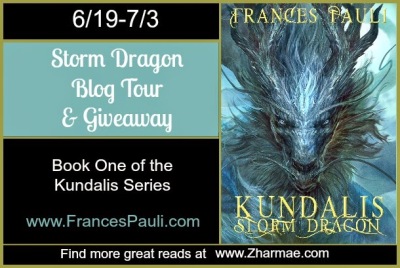 The black cat crossed my path on purpose. I scowled down at it. Would it still count as bad luck if the beast was just messing with me? Amber eyes blinked up from the sidewalk. The kitty had been lounging beside the car in the next parking space, but when I tried to open my door it had stood, sauntered directly into my path and laid down there instead. Did it count if kitty wore a cutesy red bandanna and matching harness?

“Are you coming, Karin?” Steph already stood outside the driver’s door. She’d managed to leave the vehicle without supernatural interference, and now she leaned back in through the window, her auburn hair glinting in the last rays of August sunshine. Her round face crinkled into a grimace. “I have to pee.”

“Go ahead. I’ll catch up.” I watched my roommate bound away and cringed. I had to go too. We’d been in the car for over an hour and I’d polished off my water bottle a few miles back. Outside my window, the cat yawned, exposing needle teeth and a scratchy pink tongue. “Hey there, kitty.”

I pulled the lever on the van’s door and pushed the panel as far as I could without bumping the stupid cat. It yawned again then blinked and stared. Ridiculous. A cat on a leash had trapped me in the car at the only rest stop for another twenty minutes easy. I’d never make it that far. Too much water and road behind me. I sighed and made a soft hissing noise through the opening.

The cat didn’t budge, but the sound got its owner’s attention. A skinny redhead wearing yoga pants held the other end of the cat’s leash. She stood as far away as possible, chatting with the man in the car on the far side of her Volvo. When I hissed, she turned my way and the flat crystal around her neck sparkled.

We’d probably been at the same event. Everything about the cat’s owner looked like she’d fit in at a psychic fair far better than I had. This was my punishment for going, sitting here until my bladder exploded while psychic kitty and his mommy held me hostage. The woman smiled at me, then dropped her eyes to the sidewalk and frowned, tugging the cat’s leash gently and making a similar noise to tempt His Majesty away from Steph’s mini-van.

The black coat shimmered when he finally stood up. He wasn’t finished torturing me, though. His spine curved and he reached out for a nice long stretch, staring at me with his huge eyes and laughing his internal, kitty laugh while I fidgeted against the seat. At last, when he’d tired of my torment, he turned and walked as slowly as possible away from my door.

I popped out of the vehicle like a cork and sidled between the van and the woman’s Volvo. A second black cat stared out from the front seat. This one wore a pink collar and a tiny, feminine bow around her neck. Unbelievable. We’d stopped at the rest area version of the Twilight Zone in the middle of Washington State. Somehow, the Seattle psychic fair had knocked us through a metaphysical vortex and the weirdness had tried to follow me home.