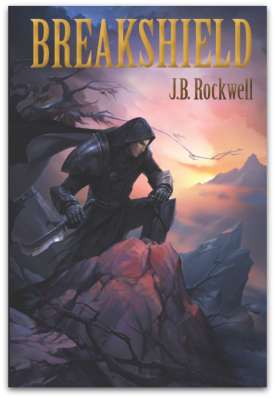 Found at the intersection of life and the afterlife, the Between is a place where science and reason are replaced by magic and violence. It is a place where Typhon and his Huntsman of the Dark Waste spread like a plague and where Talents go to die.

The only thing standing in Typhon’s way is Morgan Quendalen and the people of the Shining Lands. They are sworn to protect the last remaining Talents, a precious few who teeter at the edge of extinction. Morgan valiantly fights, protecting these last remnants of magic in a war he’s not sure he can actually win.

When Jaime Aster, a mortal Talent with undiscovered powers, is put under his charge, Morgan weighs his oath against a desire to save the Shining Lands. Could he kill a Talent if it meant saving his people? 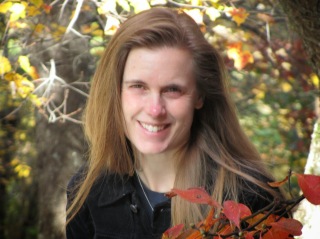 J.B. Rockwell grew up reading fairy tales, folklore and mythology, as well as anything everything about ancient cultures and their history, and never lost her taste for any of it. Unsurprisingly, her college studies focused on anthropology with an emphasis on investigating mythical events and trying to tie them back to historical fact. Unfortunately, there are not a lot of jobs (much less money) in anthropology so after several years of low-paying, unsatisfying jobs, she went back to school and earned a very practical (and very boring MBA). Somehow that MBA landed her a job in IT and for the past twelve years she has been managing software systems and information technology development projects for the US Coast Guard, a job which is neither boring nor unrewarding. She continues to write in her spare time and has several short stories that have been picked up for publication. Born and raised in Connecticut, J.B. Rockwell currently lives in West Virginia with her husband and two cats, all of whom provide inspiration for her stories, whether they know it or not.

Morgan grunted as he landed and the air flew out of his lungs, leaving him gasping for air. He could feel his lungs working, but for a long time nothing happened. Then he drew a deep, shuddering breath, and another, and another, as he scrambled backwards on all fours, trying desperately to put some distance between himself and the thrashing, screaming bear.
“Run, Kitsune!” Morgan gasped, yelling those words as loudly as he could.
He turned over and dragged himself to his feet, sprinting toward a jumble of nearby boulders with Kitsune hot on his heels. There was safety on the far side of that pile of boulders, but they barely made it there before a deafening boom rocked the area around them and a blinding white flash lit the sky. There was silence for perhaps three seconds after that explosion, and then a strange pattering sound filled the air. Not the sound of the rain that was still falling, but a wet, meatier, splattering sound that was the noise of shredded flesh spraying outward and upward, connecting with the trees above their heads and the rocks all around before raining back down to the earth. When the echoes of that deafening report were gone, and the last bits of flesh had fallen from the sky, the forest went utterly and completely silent except for the sound of the rain falling through the leaves and the harsh rasp of Morgan’s own breathing.
He waited there, crouching behind the boulders with Kitsune at his side, listening to that sound, and then he leaned to one side, peering around the rocks to the place where the bear had been. It was gone now, totally destroyed, its body liquefied by the same explosion that had carved the deep hole that had opened up in the ground where it had lain.
“Holy crap,” Morgan breathed, staring in disbelief at the destruction he’d created.