Sharing my traditionally published book earnings – or, why I went indie!

Recently, a traditionally published author shared the truth about her novel advances from Harper Collins, and her subsequent earnings.

Within four hours the post had been removed – due, she tweeted, to ‘contract disclosure reasons’.

Now she wasn’t complaining, just sharing the reality of being an ordinary working author and the cold hard facts of the figures for her first few books – for every $10 paperback, she earns around $0.50

So I thought I’d follow suit and share my experience of the publishing world, with figures I’m happy to reveal, and then you’ll see some of the reasons why, when it came to publishing my novels, I chose the indie route.

My contracts were for non-fiction, which is a different animal to fiction – most non-fiction authors are writing for small niche markets, unless they are lucky enough to be either famous, or writing about something with huge appeal, like cookery or self-improvement, so potential sales figures are tiny in comparison to the fiction market.

My first book came out in 2008, the second in 2009. Prior to that I had a regular gig writing columns and Q&As for a national equestrian monthly magazine. For the magazine I used to write 800 – 1000 words and get paid £135 – £175, which was pretty good money for about one hour of work – if only I could have done it more than once or twice a month!

When I got my first book contract, with the UK’s largest equestrian publisher, J. A. Allen, I received an advance of £2000

That was broken down into 3 payments, one third each on:

and out of that was deducted the fees for compiling the index (around £250 if I remember right).

Knowing I was working full time in the equestrian field, as do most of their authors, my publisher was generous with their deadline – I had 14 months to deliver my 90,000 word book.

This, however, also included delivery of 50 good quality illustrative photographs – and believe me, that takes time! We took 50 photos for every one that was good enough to use, and even then I would have liked to have re-done some. My publisher did pay £500 extra towards the photos, but that’s not a lot for the amount of time it took me with a professional photographer (about 3 full working days when totalled up) and I had to rely on some generosity on the part of my photographer, and lose 3 days income myself into the bargain. I could have spent more, but it would have been from my own pocket.

From signing to publication was 2 years. I delivered it in 12 months, then it came back with editorial comments, which took another month to work through. Then it came back again as galley proofs which required another chunk of time to input all the page numbers into the numerous cross-references within the text, and then once more as a final proofread.

I had a small amount of input in the cover design, and I’m happy with the end result 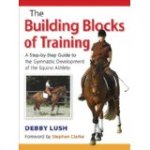 Okay, back to figures.

My royalties are 10% of sale price – so if the book sells at a hefty discount, I get less.

Now this is a niche book – the equestrian world may be sizeable, but not every rider wants to read a book about training for dressage (a minority sport). In its first 6 months, it sold 500 copies, which is quite respectable in its field, and paid off just over £1000 of that advance.

After that, however, sales slowed to around 100 every 6 months. As time passes, the price is discounted further, and more often (BTW, the print run was 2500 books), and as of my latest royalty statement, despite apparently having now sold over 2000 copies, I still owe £90 before I earn out. Hopefully, sometime in the next year I MAY see some more income!

Now to be candid, I HAVE made more money from this by investing in my own marketing (the only marketing this publisher does is to give out a few review copies – that’s it! ), and I always have books with me, wherever I go. I buy them at my author discount of 35%, and sell them on at full, or near full price, so my purchases count as sales – 10% gives me £1.46 towards my royalties – plus I make around £7.50 each copy if I sell at full price. I then pay tax on that.

I’ve also arranged several shop outlets, which I supply myself, had leaflets printed, which I distribute when I’m at suitable venues and also hand out to anyone I think might buy, and organised my own book signings at big horse shows. Learning all this before going indie as a novelist has stood me in good stead – I’m not afraid of marketing!

This one, at least, was a touch smaller at 75,000 words, but still required 50 photographs, and we were not blessed with such good weather that year, so the quality is not as good as in the first book, and for a while my publisher wavered over whether to accept them. Considering how much manipulation can be done to photographs nowadays I was disappointed they were not prepared to invest a little time in touching them up, but they seemed of the opinion that this was not a possibility.

I also didn’t get any input in the cover this time (the editor had changed), and it wasn’t until I received my advance copies (oh yes, I got 10 copies free, most of which needed to be given away as thank you gifts to contributors) that I discovered this was NOT a hardback. It isn’t exactly a paperback, more something in between  that feels like thick cardboard, with a traditional type of hardback loose leaf cover on top.

Priced at £21.50, and appealing to an even smaller market (competition dressage riders) it didn’t sell quite so well at first, but is catching up now, with only £150 left to pay off despite coming out 2 years after the first.

What I don’t know at this point is whether either will be reprinted. If my publisher decides they haven’t done well enough (I have heard that anything over 1000 sales is considered successful, but they have taken a while to get to these numbers) fast enough, they may choose not to reprint, and that will be the end of it – no more product, no more chance to earn royalties.

So there you have it. I’m still very happy to have these lovely books to my name, but if I were actually to work out pay per hour?

Hmm. Let’s not go there!

I plan on talking figures about novels and indie publishing shortly, as my 6 month anniversary as an indie novelist is fast approaching and it’s been an interesting ride, but in the meantime, do any of you have experiences of the traditional publishing world to add?